Why are SDR’s so Important to the World? 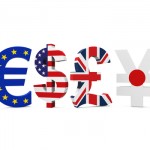 In 1969, the IMF created a reserve system that could fittingly be referred to as its currency, although, it is not really a currency it is more of a unit used to measure the strength of a country’s currency on the exchange market. What is this we are referring to? The Special Drawing Rights, or SDR.

Throughout this article, the SDR will be broken down so that it can be understood in the simplest of terms. Many people have difficulty understanding, what it is, how it works and of what benefit it is. By the end of this article, that should all be clear.

It is a combination of 4 major currencies, the U.S Dollar, Japanese Yen, British Pound and Euro, held as a reserve by the IMF to facilitate international currency exchange. You can think of it as a monetary reserve currency that the IMF uses for internal accounting purposes.

Originally the IMF formed Special Drawing Rights, it used gold and U.S dollars but with the collapse of Bretton Woods exchange rate system and the unreliable supply of dollars and gold, it was switched to the basket of 4 major currencies.

So if it is a currency, what can it buy?

SDR cannot be used to buy goods and services, but it can be exchanged for SDR stock or hard currency. These currencies are the 4 mentioned earlier. Dollar, Yen, Pound and Euro. If a country has a need for actual currency, it can sell its SDR for currency with the IMF acting as an intermediary between the countries. Exchange is between willing parties, the IMF does not force any country to sell or not to sell.

How do countries end up with SDR?

The IMF awards member countries a share of the SDR according to the countries share of the global economy, as well as their reserve in gold and U.S dollars. To add to that, a country can trade in SDRs, buying from one country to add to its own and the IMF will pay interest on the excess amount above its allocation. For example if a country was allocated 1 billion dollars in SDR currency and it buys 1 million more from another country, the IMF will pay interest on the 1 million that it has bought. However, if a country has SDR stock lower than what it was allocated it will have to pay the IMF

XDR, What is that?

XDR is simply the ISO 4217 code for the Special Drawing rights. Or you could term it as the representation for the IMF currency on the exchange market. For example, the pound is £ and the dollar is $. So when the IMF issues interest, it issues it in XDR.

XDR can also be used if for example the dollar is no longer desirable as a reserve currency, then the IMF can use XDR to back up the reserves along with gold.

Why were the 4 currencies chosen by the IMF?

The four currencies are considered to be the strongest currencies in the world so that is how they are chosen. This choice is not permanent; it can be affected by the economy of the world. In fact every 5 years, the IMF evaluates the current standing of the reserve currencies and then decides which currency should constitute the reserve currency. Sometimes, depending on the economic situation, a revision can be done sooner than 5 years.

What are the advantages of the SDR

The SDR provides stability to the world economies, individual currencies, as well as gold, can have fluctuating value but the XDR will remain stable. It is also used for accounting and measurement purposes. You can use a country’s special drawing rights to determine how much it is worth and if it is acquiring a loan, sdr can account for what they can borrow. Currently, there are a number of international banks that use xdr in their accounting, for example, the Arab Monetary Fund, African Development Bank, ECOWAS, and many more. International transactions can also be priced using the special drawing rights.

When settling international claims, the SDR can be used to value penalties. Say if country A damaged Country B’s Ship, the penalty can be set by the international court at XDR 100,000.

What is the value of the SDR?

Can a country use XDR as its currency?

Does the IMF gain from the transactions?

Every member of the IMF has to pay a quota, this quote will define the international monetary fund income as it will also pay interest to the country but will also gain when the country borrows against its quota. Countries provide their currency to the IMF and the IMF gives them XDR so it is making money from such transactions. Presently, the IMF estimated gold holding is 90.5 million ounces of gold; this can be valued at XDR 76.5 billion or 114.8 billion U.S Dollars.

Those are a few brief facts about special drawing rights. Some of them are likely to change for example the currencies in the basket could end up including the Chinese Yuan as there is already debate bout the subject considering China’s recent economic growth.