Ever heard of Value Investing Strategy? 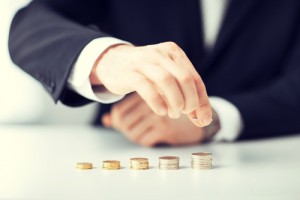 If not, you’ve probably heard of the wealthiest stock investor of all time, Warren Buffett.  He has made billions of dollars with this strategy.

Let’s begin by giving you a definition of the term “value investing” according to Investopedia.

The strategy of selecting stocks that trade for less than their intrinsic values.

Of course, as is so often with specialized terms like these, it introduces new terms that you also need to know the meanings of.  What, for instance, is meant by “intrinsic value”?  Once again, we turn to Investopedia for aid; here, you’ll see the phrase defined as:

The actual value of a company or an asset based on an underlying perception of its true value including all aspects of the business, in terms of both tangible and intangible assets.

So let’s start now with a brief history of value investing, beginning many generations ago…

How the idea of value investing started

…Way back in 1928, a pair of instructors at Columbia Business School, Benjamin Graham and David Dodd, began teaching what we know today as value investing.  Six years later, in 1934, they published their teachings in a book called Security Analysis, which the business school still uses as a textbook!  In the book, the authors advised against using the reported earnings per share of a business as the basis for making decisions about whether or not to invest in its stocks. Instead, they recommended gauging the “rough value” for the operating business that lay behind the security.  Given a complete financial analysis of a corporation, if you’re the kind of investor who’s gotten professional training, you ought to be able to measure its intrinsic value with no real trouble.  You should also be able to make stock purchases even when the market price is selling for less than its value.

One of Graham’s investment seminar students, a fellow by the name of Warren Buffet, not only became the class’s only A-level student but actually applied the principles outlined in the book to his own business practices.  He’s made billions of dollars in this way, and Time magazine has named him as one of the most influential people in the world!

The difference between the intrinsic value and the market price of a stock is known as its margin of safety.  This is another concept that Graham and Dodd introduced in their book, and Graham said that it always depends on the price paid. How do you apply this principle in buying stock?  Graham said that the less popular stocks — those of companies that have a low price-to-earnings or price-to-book ratio, the kinds that most potential investors tend to overlook and might have hidden assets that the market might not know about.

The exact difference between the intrinsic and market values of stocks is an important factor to consider when you make your decision.

Our last section is about the differences between value investing and growth stocks.  The two are in many respects the complete opposites of each other — with growth stocks you generally buy the shares with higher prices with market momentum as far as sales and/or excitement around the company, whereas value investors are typically looking for a bargain.  One way to possibly curb risk is to look for growth stock mutual funds.  That will help you diversify in case that one growth stock starts to fizzle you have other that will hopefully balance out the fund.

They both require due diligence and in either case you can win.  Value Investing typically is less risky though.

To your everlasting wealth!