To diversify your portfolio you may want to look in to European Stocks to Buy. 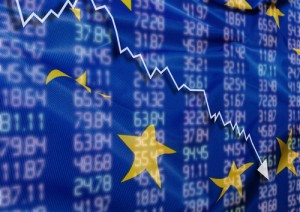 Many investors, who are hunting for value in the best stocks to invest in now, are turning toward Europe for virtual bargains in a world where over-priced assets seem to be the norm.

What is the Best Stock to Buy Right Now?

Likely Candidates and the Best Way to Buy Stocks in Europe

One fund that invests worldwide has been hunting for the best stocks to buy now that they predict will appreciate by at least 30 percent over time.  They consider this to be a true reflection of the company’s underlying value.  A few likely candidates in Europe have been discovered.  So, a few of those areas where they found this likelihood include:

Why are energy, food and mining top picks?

Investors that are value hunting are also quite hot right now on emerging market stocks for this year. There are three basic approaches to buying emerging stocks including using closed-end funds or ETFs, open-end mutual funds, or carefully assessing individual companies on the foreign exchange.

Emerging markets are quickly becoming a major driver of global growth, giving investors the opportunity to cash in on their current growth as well as their growth in the foreseeable future.  Their economies are projected to grow faster than developed nations, such as the U.S. for example, by two or three times.  An additional benefit of investing in emerging markets stocks is projected by many savvy investors to be the diversification that they provide due to the fact that they have a tendency to perform in a different way than those of developed markets.