The richest people in the world all have one thing in common. 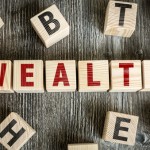 That’s right the top 10 richest people in the world are all Billionaires. How many zeros are in a billion dollars? - 1,000,000,000 = 9 zeros. The billionaires identified below have achieved their 9 zeros and they continue to add to it. The 2015 top 10 wealthiest individuals, covers the gamut of entrepreneurs who have attributed to the global fields of telecommunication, computers, retail, cosmetics, multi-national holding company, and oil industry diversification’s.

Other billionaires have revolutionized the fields of entertainment, the chocolate/food/beverage industry, the stock market, real estate, the solar industry, grocery chains, money management, pharmaceuticals and many other unique, newbie businesses, such as the owner’s of Uber. Coming into 2016 and of the top 10 richest people in the world, are those who have remained at the top for the last several years, despite circumstances that could topple many of them, such as plunging oil prices, worldwide economic turmoils, or weakened global monetary systems.

Before we begin the list of the richest people in the world according to the succinct Forbes list, let’s look at an enigmatic person who is a world leader and who is reported to be the richest man in the world – the President of Russia – Vladimir Putin. His purported $200B fortune is reported to be more than Bill Gates and is based on his Swiss bank accounts, shares, hedge funds, oil accounts, and more. However, President Putin’s 7 year wealth accumulation, is not wholly substantiated as truth, just a strong wealth rumor. As in the ending of 2015 and the beginning of 2016, here are the 10 richest people in the world and their net worth:

When asked who is the richest person in the world, there is no doubt that it is 61 year old, William Henry “Bill” Gates, III of Seattle, Washington. His acclaimed standing is that of the CEO of “Microsoft” and he has held this position since 1987. His wealth has doubled since 2014. Bill Gates is known as an ingenious manager and CEO of Microsoft, even though his earlier days were those of a coder and software developer. In 2014, Bill Gates stepped down as Chairman of Microsoft and created a new position technology advisor to support newly appointed CEO. He and his wife Melinda are one of the top benefactors to many ventures and charities, through the Bill and Melinda Gates Foundation. Bill Gates has added financial attributes, which includes his venture holdings and investments in the following areas: a private holding company, a think-tank company, a nuclear reactor company, a digital imaging investment company, and a social networking site for scientists. Bill and Melinda Gates have three children (Phoebe, Jennifer and Rory) and they currently reside in Medina, Washington.

There is generally an hourly fluctuation in Amancio Ortega Gaona’s holding, which can easily make him the richest man in the world status over Bill Gates. As a Spanish fashion businessman and CEO of a global fashion group which has a global standing in the “Zara” clothing chain and many other retail and accessory shops. Mr. Ortega was born in Busdongo de Arbás, León, Spain. He also has a successful holding in Pablo Isla, a great textile empire. At age 79, Amancio Ortega likes to live a quiet lifestyle, but even though he is one of the richest persons in the world. He retired in 2011 from the Zara chain parent company and has greatly increased his net worth. Currently, Mr. Ortega He resides with his second wife in Galicia, Spain. Amancio Ortega has 4 children: Sandra, Marcos, and Marta.

Warren Edward Buffett at age 86, was born in Omaha, Nebraska and he remains among the top 10 richest people in the world, retaining his standing as the top three wealthiest individuals in the world. As the owner of “Berkshire Hathaway,” which involves many different global acquisitions and mergers, it has made him a wealthy philanthropist. Mr. Buffett became a millionaire because of his textile manufacturing partnerships and how he merged them together. He also greatly invested in them and began buying shares in Berkshire from its then owner. Berkshire Hathaway shares and net worth, continue to rise vastly, making him a billionaire. Having survived cancer, Mr. Buffett, with his great sense of humor and intellect, is a much sought after speaker for financial institutions, as well as a great financial adviser, who is a popular speaker, who demands stages around the world. Presently, Billionaire financier Warren Buffett is encouraging the very wealthy to give away at least half their worth in their lifetimes through the “Giving Pledge.” Those who are responding, include Microsoft Corp’s Bill Gates, Mark Zuckerberg of Facebook Inc., Oracle Corp’s Larry Ellison, and Apple’s Tim Cook with his millions. Mr. Buffett and his second wife, Astrid reside in Omaha. Warren Buffett has three children: Susan, Howard, and Peter.

Lawrence Joseph “Larry” Ellison, who grew up in Chicago, is the CEO of “Oracle,” a global database-software empire. In 2014, Larry Ellison stepped down as CEO of Oracle and now serves as its Executive Chairman and its Chief Technology Officer. At age 72, Lawrence Joseph “Larry” Ellison also owns holdings in bio-tech and pharmaceutical companies. Ellison also owns investment stocks in Salesforce.com, NetSuite, Quark Biotechnology Inc. and Astex Pharmaceuticals. He began the great medial research philanthropic foundation, “Ellison Medical Foundation.” One of his greatest loves is yachting with a winning team that has entered and won many yacht racing awards. He owns jets, he is an owner of two winning tennis teams in California, and he has hundreds of millions of dollars in real estate around the world. Even though he owns many real estate properties, Larry Ellison calls Woodside, California home. Mr. Ellison has been married four times and he has two children: David and Megan.

Charles de Ganahi Koch and David Koch of Wichita Kansas, are brothers and the CEO and Executive Vice President, respectively, of the global giant “Koch Industries.” The Koch conglomerate is a global company that is the second-largest privately held company that produces products like Dixie cups, jet fuel, chemicals, electronics, various types of industry equipment,a myriad of oil and agricultureal products, and so much more. Charles and David are two of four Koch brothers and are the only two who handle the daily activities of the billion dollar Koch Industry and the Koch Foundation. Charles Koch lives in Wichita with his wife Liz and they have two children: Chase and Elizabeth. David Koch and his wife, Julia, currently reside in Manhattan, New York David has three children: David, Jr., Mary, and John.

The Walton family is well known throughout the nation as the owners of “Wal-Mart Stores, Inc.” Christy Ruth Walton, age 61, leads the family in wealth with $41.7 B, Jim Walton, the third child of Sam Walton with $40.6 B, and Alice the daughter of Sam Walton with $39.4B. Christy leads the named Walton family in top earnings as a result of her husband, John T Walton, leaving his inheritance to her. Her husband’s father and founder of Wal-Mart and Sam’s Club was Sam Walton. Ms. Walton also owns 30% of the ownership for First Solar, a successful solar energy company. She is considered to be the world’s richest woman and a great philanthropist, through the Walton Family Charitable Support Foundation. She presently resides in Jackson, Wyoming. Christy Walton currently resides in Jackson, Wyoming and has one son, Lukas.

Former New York Mayor, Michael Reuben Bloomberg, is one of richest man in the world. His wealth of $35.5+ B was amassed through his ownership of Bloomberg L.P., a global financial data and media company. His acquisition of Bloomberg L.P. aka Bloomberg Businessweek, increased his wealth standing via its global distribution and mobile subscriptions. Michael Bloomberg had his beginnings as a general investment partner at Salomon Brothers on Wall Street, New York. He developed financial systems for the company, but was laid off with a lucrative severance package of $10 million. He began a company based on what he learned at Salomon Brothers and with his financial system packages, marketed successfully to many financial terminals like Merrill Lynch and many other worldwide terminals. Mr. Bloomberg has many other products, including Bloomberg Message, News, and Tradebook. Michael Bloomberg has various real estate properties around the country and abroad, but he and his domestic partner, Diana Taylor reside in Southhampton, New York. Mr. Bloomberg also has two children: Georgina and Emma Bloomberg.

While 9-10 figure fortunes have greatly risen in China, the United States still dominates the top 10 rankings. The 2015 individuals and into the 2016 years’ billionaire top 10 list shown above, (29th annual ranking) is pretty similar to the same 10 richest people in the world identified in 2014. Lillian Bettencourt’s billionaire standing increased upwards, as well as many other entrepreneurial women who have broken the billionaire status. For instance, J.K. Rollings made $1 B with her books and movie deals. In addition to Liliane Bettencourt, Alice and Christy Walton, there are 20 global women (from $38B to $6.6B) who shape the list of top female billionaires, out of 187 women who are among the world’s wealthiest women.

As the Forbes list identifies a specific category, the “freshmen” class of billionaires will include many women and men with new technology ideas and inventions. Millenial billionaires are quickly joining the list of the top wealthiest sect, such as Mark Zuckenberg/Facebook; Dustin Moskovitz/Asana; Eduardo Saverin/Facebook and investor; Yang Huiyan/Country Garden Group; Scott Duncan/Enterprise Products, Evan Spiegel/Snapchat; Tom Presson/Hennes & Mauritz (“H&M”), Elizabeth Holmes/Theranos; and many other young self-made billionaires.